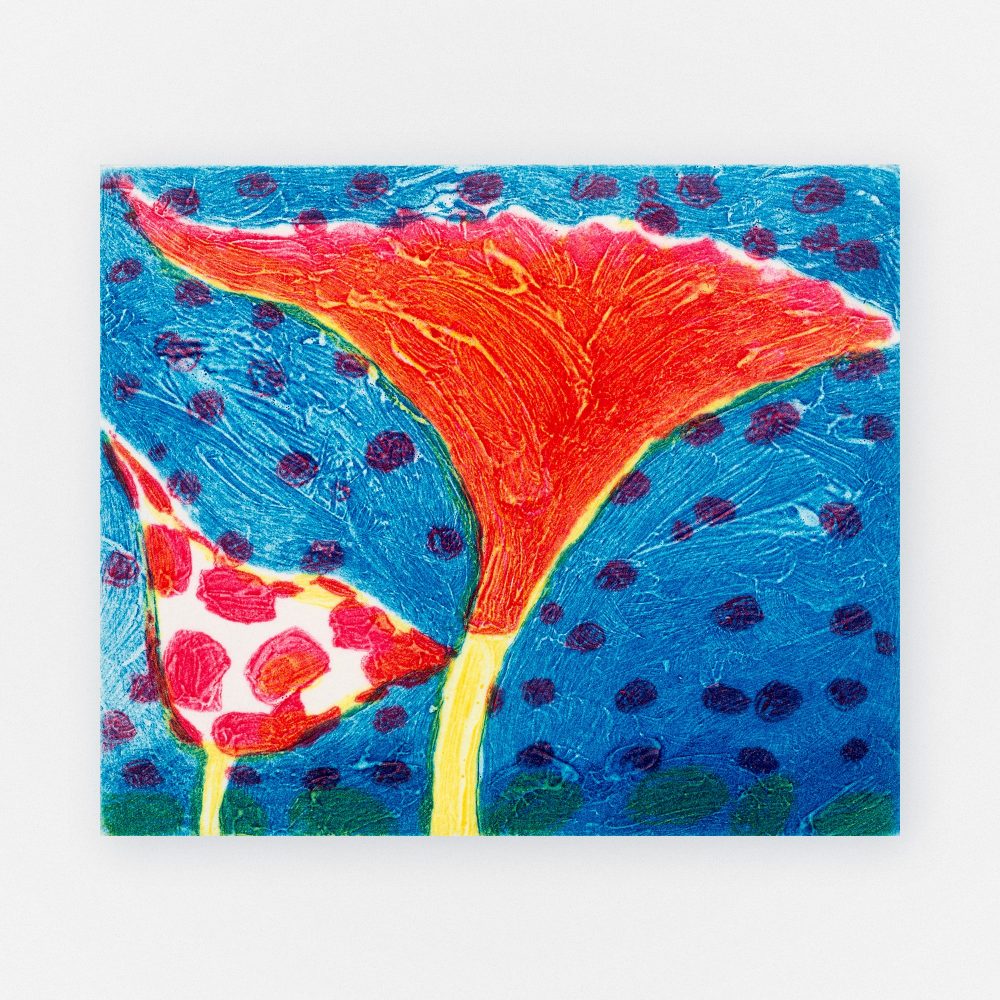 Poppies l, ll & lll were all made using a newly developed fine art technique. Carborundum Etching is a technique that was developed in Graphic Studio Dublin in the 1980s by master printers James O’Nolan and James McCreary.

It is a technique whereby the image is made by the artist on a plastic plate, and texture is applied with a mix of PVA glue and carborundum grit. When this hardens and is inked, and is pressed through the printing press by hand, the final print has a painterly quality. It was a technique much loved by William Crozier (1930-2011) and other painter contemporaries of his such as Tony O’Malley (1913-2003).

William Crozier (1930-2011) was born in Glasgow to Irish parents in 1930, and educated at the Glasgow School of Art between 1949 and 1953. He moved to London and established his reputation through solo exhibitions at the Institute of Contemporary Arts & The Drian and Tooth Galleries. From the 1950s Crozier spent long periods living in Dublin and in Paris, and later in Southern Spain, and this was to prove central to his development as an artist. In the 1980s he established a second home in West Cork where he made a great number of friends from the art world and beyond. Over the years he represented Ireland and the UK at many exhibitions, and won a large range of Awards including the Premio Lissone (Italy) and the Gold Medal for Painting in the Oireachtas (Ireland) in 1994. In 1991 the RHA and Crawford Gallery curated a major retrospective of his work. The Irish Museum of Modern Art hosted a major retrospective of his work in 2017. William Crozier’s work in in major public and private collections worldwide. He is represented by the Taylor Galleries Dublin, and the Flowers Gallery and Pyms Gallery in London. I was the producer of William Crozier’s last carborundum etching edition ‘Larios’ made for the Irish Museum of Modern Art in 2010.