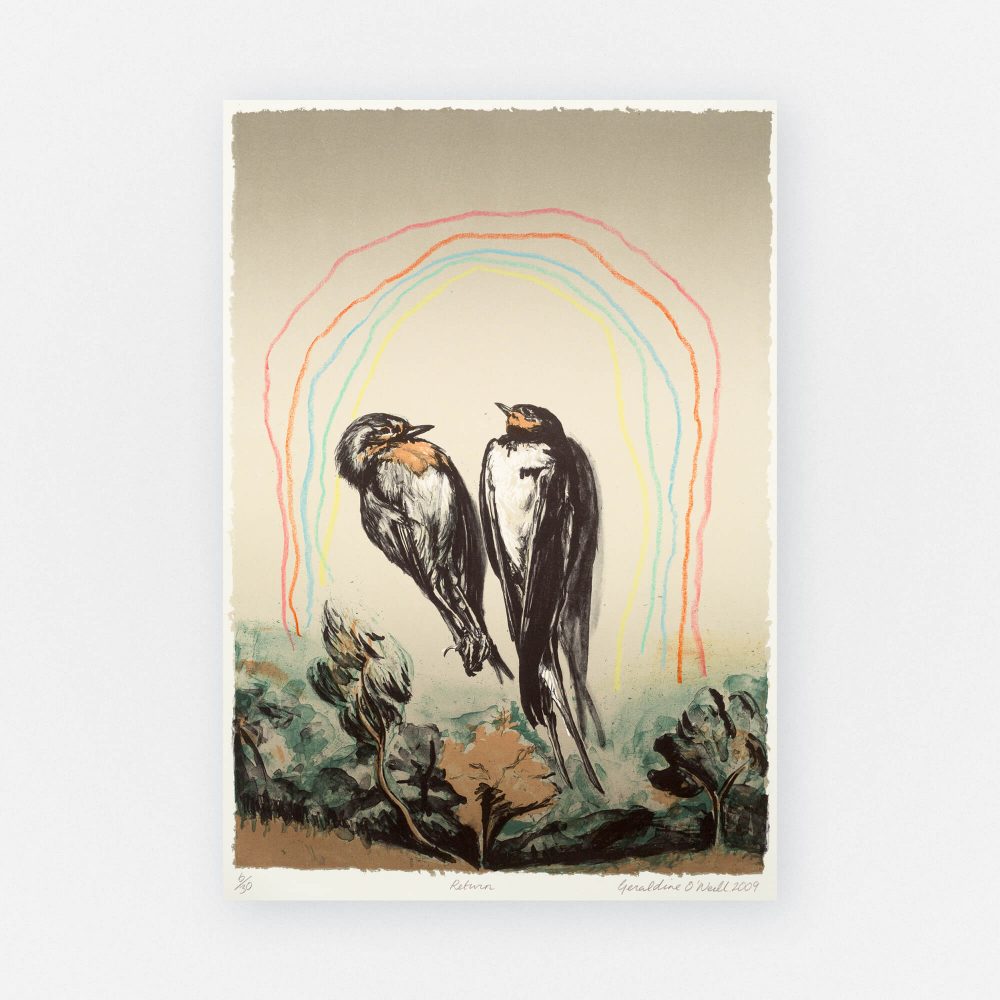 This lithograph was made with master-printer Sharon Lee in 2009.

It was O’Neill’s first foray into lithography, an exceptionally technical method of fine art printmaking.

Geraldine O’Neill lives and works in her native Dublin. She studied at the National College of Art and Design between 1989 and 1993 and in 2008 she completed her MFA. O’Neill has lectured in the Fine Art Department of the Dublin Institute of Technology, the Visual Art Department of St Patrick’s College of Education and she was an external tutor for an MFA at the Massachusetts Institute of Art in 2011. In 2013 she was elected as an associate of the RHA. Her first solo show was held in 1998 at the Jo Rain Gallery, Dublin.  She has exhibited extensively in Ireland and abroad including the Irish Museum of Modern Art, the National Portrait Gallery London as well as in Frankfurt and at the Florence Biennale.  Her most recent solo exhibition was in 2012 at the Kevin Kavanagh Gallery entitled Reciprocal Space where her work dealt with references to visual culture, kitsch, fine art, the marginal and quantum mechanics all pressed into service in relation to her own world and in the wider social and cultural sphere. Among O’Neill’s many awards are the Henry Higgins Travel Scholarship, an Arts Council Bursary, and the Gerry Tornsey Prize for Portraiture. O’Neill’s work is represented in many collections both private and public including the Irish Museum of Modern Art, the European Central Bank, the Office of Public Works and the Glucksman UCC collection. She is represented in Ireland by Kevin Kavanagh Gallery.