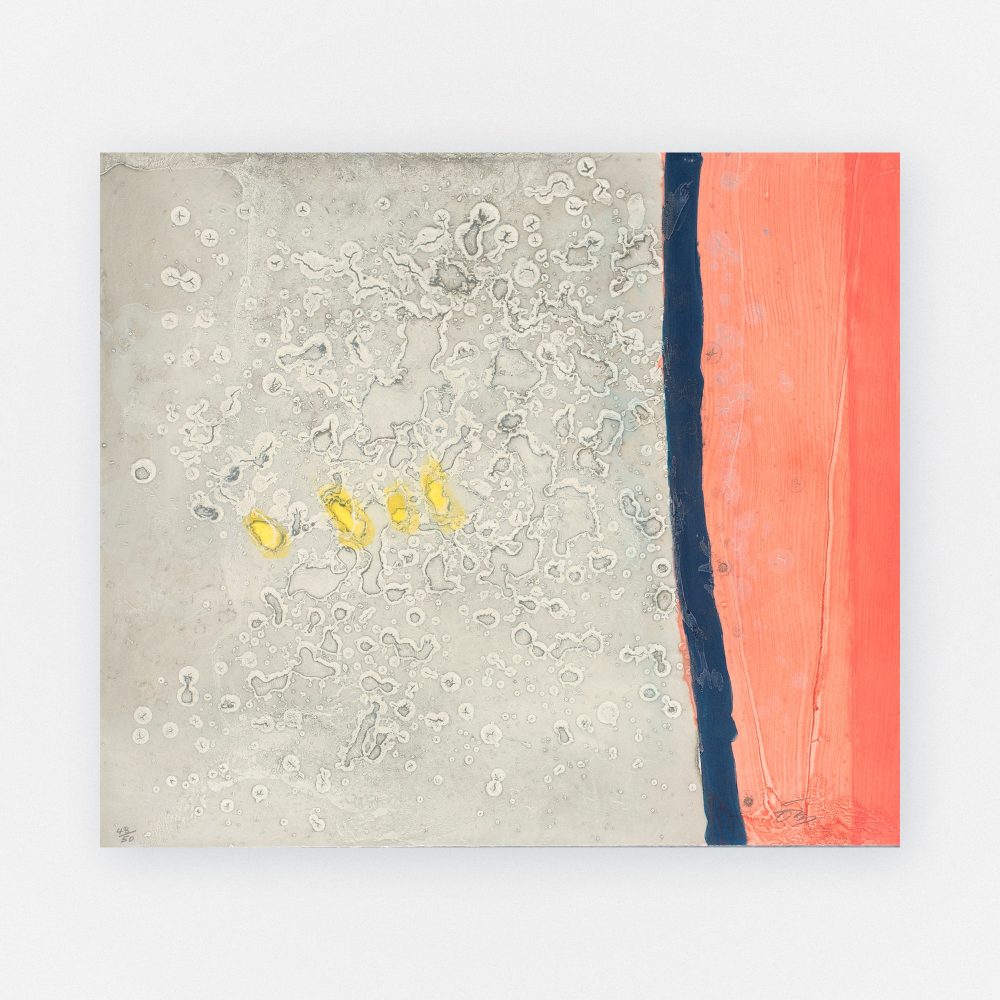 This work was made with the assistance of two great print artists James McCreary and James O’Nolan who ran the Graphic Studio in the 1980s – along with Mary Farl Powers.

The technique of carborundum etching was developed at that time by the team in the Graphic, to assist painters like Tony O’Malley and William Crozier to inject a large amount of texture into their fine art prints. The artist would paint a substance of carborundum and adhesive onto perspex plates, which were then inked and hand printed. It was a delicate process, and editions needed to be kept small lest chunks of the dried pva come away from the plate – mid edition! This work shows some of that great texture.

Tony O’Malley was born in Callan, Co. Kilkenny in 1913. He worked for many years with the Munster and Leinster Bank but after contracting tuberculosis and spending long periods in hospitals,he retired from the bank. This led him in his forties to pursue a long desired career as a full time painter. For the next thirty years O’Malley lived in Cornwall where he came into contact with many of the leading figures in the community. In spite of his long exile, O’Malley is quintessentially an Irish artist, imbued with intense feelings for the tribe, the local and the family. Entirely self taught, he was obliged to invent his own visual language, to which he has always remained true. Tony O’Malley died in January 2003 aged 89. “Tony O’Malley was unquestionably one of this country’s greatest artists. Those privileged to have known him on a personal level know him also as an extraordinary, humane, philosophical and humble man.” John Daly 2002