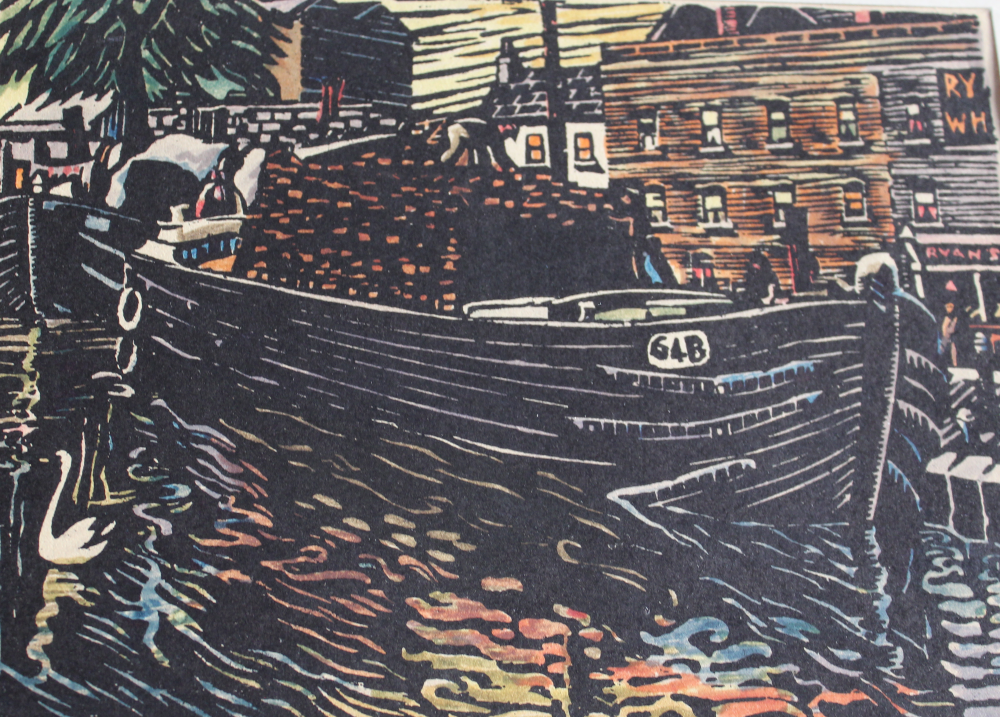 Woodblock print of the Turf Boats in Portobello Harbour in 1940.

Woodblock print of the Turf Boats in Portobello Harbour in 1940.

Harry Kernoff made a large number of prints from this block, which is in the Kernoff Collection in the National Library of Ireland.  He printed them in black and hand coloured them afterwards.  This one features his signature green biro.

Harry Kernoff spent the vast majority of his life unappreciated, and made little or nothing from his paintings until a few years before his death, when he began to be appreciated by contemporary critics. He never married. His works are in all major collections in Ireland, and his prints contain much social history, including woodcuts made using the timber from tea boxes, and prints he made in black and white, and added hand colour. He often signed his prints in red or green biro.