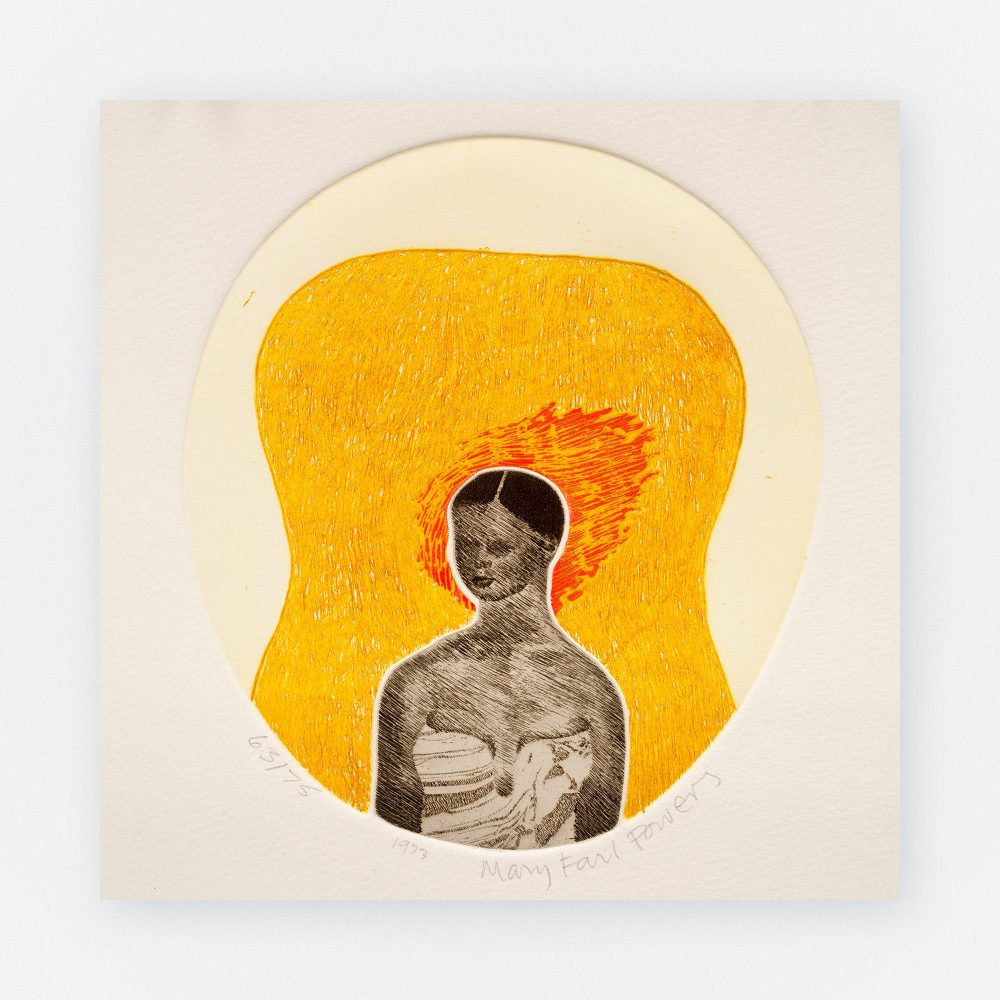 Farl Powers was particularly skilled in etching, and used corrosive acids on metal plates to a painterly effect in small editions. Her death at such a young age, cut off the potential for her to become one of Ireland’s most influential female artists. This figurative early work gave way to much more abstract explorations later in her career.

Mary Farl Powers was born in Minnesota, USA in 1948. She came to Ireland in 1951 where she studied Art at Dun Laoghaire and then at the National College of Art and Design. She joined the Graphic Studio in 1973 where she specialised in etching at first, gradually moving into other areas of printmaking and working with paper. Her last works were wood block prints with cast paper. She was instrumental in the setting up of the Graphic Studio Gallery in 1988. She was a director of Graphic Studio for many years, and was also a member of Aosdána where she served as a Toscaire. She died in 1992 at the age of 43.